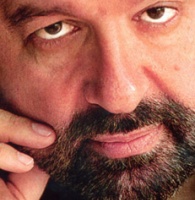 Institute for Liberty and Democracy

Mr. de Soto is currently President of the ILD —headquartered in Lima, Peru— considered by The Economist as one of the two most important think tanks in the world. Time magazine chose him as one of the five leading Latin American innovators of the century in its special May 1999 issue “Leaders for the New Millennium”, and included him among the 100 most influential people in the world in 2004. Mr. de Soto was also listed as one of 15 innovators “who will reinvent your future” according to Forbes magazine’s 85th anniversary edition. In January 2000, Entwicklung und Zusammenarbeit, the German development magazine, described Mr. de Soto as one of the most important development theoreticians of the last millennium. In October 2005, over 20,000 readers of Prospect magazine of the UK and Foreign Policy of the US ranked him among the top 13 “public intellectuals” in the world from the magazines’ joint list of 100. In his speech opening the 2004 World Economic Forum at Davos, former US described him as “the world’s most important living economist.”

Mr. de Soto has served as an economist for the General Agreement on Tariffs and Trade, as President of the Executive Committee of the Copper Exporting Countries Organization (CIPEC), as CEO of Universal Engineering Corporation (Continental Europe’s largest consulting engineering firm), as a principal of the Swiss Bank Corporation Consultant Group, and as a governor of Peru’s Central Reserve Bank. In the early 1990s, he led the effort to insert Peru into the global economy; and, with his ILD team, drafted and promoted more than 187 laws that gave the poorest Peruvians access to economic opportunities, including title to their property and businesses; and created the national office of Ombudsman to defend the constitutional and human rights of the Peruvian people (Defensoría del Pueblo).

Currently, Mr. de Soto, together with his colleagues at the ILD, is focused on designing and implementing capital formation programs to empower the poor in Africa, Asia, Latin America, the Middle East, and former Soviet nations. Some 30 heads of state have invited him to carry out these ILD programs in their countries. He also co-chaired with former US Secretary of State Madeleine Albright the Commission on Legal Empowerment of the Poor, and currently serves as honorary co-chair on various boards and organizations, including the World Justice Project.

Mr. de Soto has published two books about economic and political development: The Other Path, in the mid-1980s, and at the end of 2000, The Mystery of Capital: Why Capitalism Triumphs in the West and Fails Everywhere Else. The latter has been translated into some 30 languages, has sold over 2,000,000 copies worldwide and has received 25 prizes in Europe and North America. His work has been the subject of several books, including: The Mystery of Capital and the Construction of Social Reality (2008), which examines the philosophical implications of Mr. de Soto’s ideas; and Property in a Market Economy (2010), which looks at his work from the legal point of view; and from the economic perspective The World’s 12 Most Important Economists (Die zwölf wichtigsten Ökonomen der Welt, 2007), which profiles him among a list that begins with Adam Smith and ends with recent Nobel Laureate Joseph Stiglitz.

Among the prizes he has received are The Freedom Prize (Switzerland), and The Fisher Prize (United Kingdom). In 2002, he received The Goldwater Award (USA), The Adam Smith Award from the Association of Private Enterprise Education (USA), and The CARE Canada Award for Outstanding Development Thinking (Canada). In 2003, he received the Downey Fellowship at Yale University and the Democracy Hall of Fame International Award from the National Graduate University (USA). In 2004, he was given The Templeton Freedom Prize (USA) and The Milton Friedman Prize (USA), as well as the Royal Decoration of the Most Admirable Order of the Direkgunabhorn, 5th Class, (Thailand). In 2005, he received an Honorary Degree of Doctor of Letters from the University of Buckingham (United Kingdom), The Americas Award (USA); he was also named one of the Most Outstanding Peruvians of 2004 by the Peruvian National Assembly of University Rectors, and received the German Foundation for Property (Deutsche Stiftung Eigentum) prize, the 2004 IPAE Award by the Peruvian Institute of Business Administration, the Academy of Achievement's Golden Plate Award 2005 (USA), the BearingPoint, Forbes magazine’s seventh Compass Award for Strategic Direction, and was named as a “Fellow of the Class of 1930” by Dartmouth College. In 2006, he received the annual Bradley Prize for outstanding achievement from the Bradley Foundation, along with The Economist Magazine’s Innovation Award for outstanding work in economics. In 2007, he received the PODER-BCG BUSINESS AWARD established by the Latin American business magazine Poder and the Boston Consulting Group, for the “Best Anti-Poverty Initiative.” In November 2007, he received the 2007 Humanitarian Award in recognition of his work to help poor people participate in the market economy. In 2009, he was elected Honorary Member of the University Philosophical Society of Trinity College (Ireland). Also in 2009, he received the inaugural Award for Democracy awarded by the Center of International Private Enterprise (CIPE) in recognition of his extraordinary achievements in furthering economic freedom in Peru and throughout the developing world. In 2010, the Friedrich A. von Hayek-Gesellschaft awarded him the Hayek Medal for his theories on liberal development policy ("market economy from below") and for the appropriate implementation of his concepts by two Peruvian presidents. Also in 2010, the International Scientific Committee of the Pio Manzu Centre in Italy awarded Mr. de Soto the Medal of the Presidency of the Italian Cabinet (Council of Ministers) in recognition of his contribution toward the betterment of humankind and having worked for the future of the earth through his commitment.