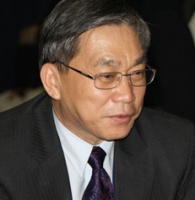 Professor Cheung also has the responsibility of implementing the UN mandates on geospatial information, cartography, and geographic names. In 2011, his initiative of establishing an inter-governmental platform to address issues on Global Geospatial Information Management was approved by the UN Economic and Social Council. This global multilateral mechanism will explore all issues arising from the ‘geospatial information revolution’, a term commonly used to describe the rapid rise in the use and access of such information.

Prior to his appointment, Professor Cheung served as Chief Statistician of the Government of Singapore (1991-2004). In this role, he has been the National Statistical Coordinator as well as the Chief Executive of the Singapore Department of Statistics. He was the Director of Population Planning from 1986 to 1992, addressing population policy issues in Singapore. He has also served as President of the International Association of Official Statistics (2001-2003), Chairman of the Governing Board, Statistical Institute of Asia and the Pacific (UN-SIAP) (2002-2004), and Chair of the UNESCAP Committee on Statistics (1998-2000).

Since his appointment at the United Nations, he has provided strong leadership to the global statistical community. A review by the UN’s Office of Internal Oversight Services (OIOS) in 2011 commended ‘the major achievements’ and ‘the effectiveness in discharging the role of supporting the global statistical system’. He serves as adviser to many countries in the development of their national statistical systems. Notably, he chairs the International Advisory Committees for Iraq and Afghanistan population censuses, and is involved in census monitoring in a number of countries including Kosovo and Serbia. In 2009, he was invited to serve as the Senior Advisor to the Government of China on official statistics. He was a member of the Global Agenda Council of the World Economic Forum in 2008-9. He is currently a member of Microsoft Corporation’s Technical Computer Executive Advisory Council.

Professor Cheung is well known around the world for his contributions to the development of official statistics, and for his pioneering research in the fields of manpower, population, and social planning. In 2010, he organised the first-ever World Statistics Day held on 20-10-2010 in which over 140 countries and 40 international organisations actively participated in its observance.

His professional contributions have been recognized by the following national and professional awards: The Von Neumann-Spallart Medal awarded by the International Institute of Statistics (1999); The Public Administration Medal (Gold) ‘Pingat Pentadbiran Awam’ awarded by the President of the Republic of Singapore (2001); The Honorary Doctorate Degree conferred by the National University of Mongolia (2008); The ‘African Statistics Award’ conferred by the African statistical fraternity under the leadership of the United Nations Economic Commission for Africa (2010); and the UN21 Award 2010 in recognition of "Improvement in Client Services" under the UNdata project.