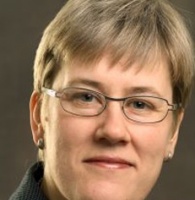 , a British national, became Director of the Environment and Social Development Department at the International Finance Corporation (IFC) in January 2004. Prior to this appointment, she was Principal Specialist in the Office of the Compliance Advisor/Ombudsman of IFC/MIGA. She managed the Ombudsman function, investigating and offering conflict resolution to complaints filed in relation to the private sector activities of IFC and MIGA. Prior to joining the CAO, Ms. Kyte was Senior Policy Advisor, Senior Advisor on Gender and Representative to the European Union for IUCN, The World Conservation Union. A graduate of the University of London and the Fletcher School of Law and Diplomacy, she has worked extensively within the environment, women's and health movements as a policy analyst and advocate. Rachel has worked with and for private sector concerns on private/public partnerships in the fields of health and environment and has served as an advisor, and on the boards of a number of NGOs, private philanthropic foundations, the United Nations, and government. She teaches negotiation, advocacy and public policy at a number of institutions, including the Simone de Beauvoir Institution of Leadership in Mexico City.