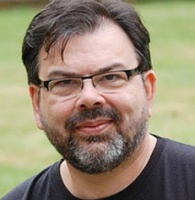 Dr. Gilberto Câmara (born 1956) is a researcher in the areas of Geoinformatics, Spatial Databases, and Environmental Modelling. He is General Director of Brazil's National Institute for Space Research (INPE) for the period 2010 to 2013, on a second four-year mandate, and is internationally known for defending free access for geospatial data and software. Câmara set up the open access policy for the images from the CBERS China-Brazil Earth Resources Satellites and for the maps for measuring deforestation in Amazonia. He led the development of SPRING, a free GIS that innovated in the use of object-oriented modelling for spatial data, and of TerraLib, an open source GIS library for large environmental databases. He is a member of the editorial boards of the Journal of Earth Science Informatics and Computers, Environment and Urban System, and is a professor in INPE’s graduate programs in Earth System Science and Computer Science. He has published several books and more than 150 papers in conferences and journals, that have been cited more than 4200 times (Google Scholar – September 2010).